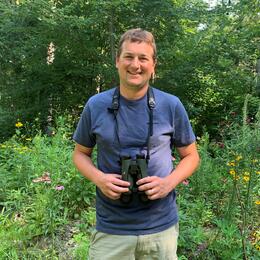 Protect the Great Lakes for Birds and People

Urge your members of Congress to fully fund the Great Lakes Restoration Initiative. 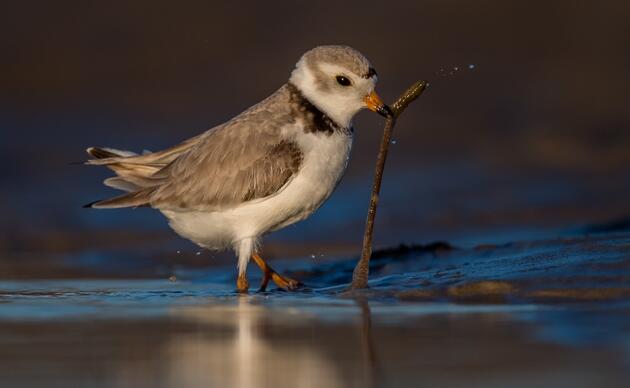 It is well documented that Green Bay, Wisconsin is a different city. Take a drive through town and you are bound to end up on a street named after a coach or player from the Green Bay Packers. Most prominent businesses have a tie to the Packers or a color scheme getting rather close to the patented green and gold of the franchise. And, as the days get shorter and crisper a certain excitement in the air tells you it must be the time of year that turns Green Bay into one of the most prominent cities on the map.

In birdwatching and conservation circles, Green Bay is becoming well-known for something other than its storied football franchise. This happens to be one of two locations in Wisconsin where the charismatic Federally endangered piping plover breeds. These relatives of the much more common killdeer need undisturbed beaches in the Great Lakes to survive and they have discovered just that at the Cat Island Restoration Project, which sits in the bay about a mile north of the mouth of the Fox River, and about five miles (as the plover flies) from Lambeau Field. The score board of Lambeau Field projects above the trees in the distant background, projecting a unique feel that separates this site from other locations that these birds call home.

In 2013, construction began for the Cat Island Restoration Project, a large project facilitated by the U.S. Army Corps of Engineers in lower Green Bay with the priorities of storing dredge material from the Green Bay shipping channel and restoring wildlife habitat to the area. Piping Plovers found the undisturbed sand that they seek the following year, and returned in 2016 when a pair nested, marking the first time the species had successfully bred anywhere on Green Bay in the last 75 years, and the first time the species had ever been known to breed in Brown County.

Like the streets, bridges, and parks in this city, some plovers also have color schemes and names that ring familiar, to distinguish them from other plovers in the Great Lakes and elsewhere. The U.S. Fish and Wildlife Service (USFWS) and the University of Minnesota Piping Plover Banding Team coordinate the effort to put color bands on the legs of each Piping Plover to help keep track of the individual birds on breeding grounds, wintering grounds along the Gulf of Mexico and Atlantic Ocean, and everywhere in between. This helps monitors from Audubon and other partners keep track of who is who. Giving birds names also helps the monitors and agencies simplify the complex process of keeping track of every individual in an entire population.

A female plover that arrived in 2019 with no bands on it was given a breeding band combination during her first year of breeding. Banders chose a familiar set of colors – green and yellow. This piping plover, aptly named “Ms. Packer,” now proudly wears two green bands on the right leg and a yellow band on the left leg. These are accompanied by the orange flag that all breeding plovers in the Great Lakes population receive and the metal band with detailed numbers that every plover receives. The name fits her well, as it is easy to tell who she is when she is spotted amidst the dune vegetation or along the shoreline.

The breeding season of 2022 was very eventful for Ms. Packer. A team of bird monitors coordinated by Audubon Great Lakes, Wisconsin DNR and USFWS detected her in mid-April, as is normal for the arrival of female piping plovers, but the male that she paired with in 2019 and again in 2021 did not return. A month later as the frozen tundra thawed, she nested with a new male who has nested at the Cat Island Restoration Project for a few years, but there was one problem:  this male had already begun nesting with a different female and would soon also nest with a third female!

The extra nesting by this male reflects a shortage of males that has existed at the site for the past two seasons, and a pattern that has been noticed in several locations throughout the Great Lakes this summer. Male and female Piping Plover pairs split incubation duties evenly, so if one member of the pair is splitting their time amongst multiple nests there is an increased risk  of nest failure due to inadequate incubation. Despite Ms. Packer’s mate's occasional check-ins, she was left incubating more than she typically would be responsible for, which risked her own fitness and the successful hatch of the chicks. Therefore, USFWS made the decision to pull the eggs and raise them at the captive-rearing facility ran by the Detroit Zoo to give the eggs a chance at hatching and to give Ms. Packer a chance to find a different mate and nest again since most of the breeding season remained.

Ms. Packer’s luck changed when a male who hatched at Whitefish Point, Michigan last year showed up days after the eggs of her first nest were pulled. The timing could not have been better. Ms. Packer jumped on the opportunity, accepting courtship advances from this new male. The pair nested immediately after they met and already had four eggs (a full clutch) by the beginning of June. Unlike her first mate of the season, this male held up his end of the deal by incubating half the time and defending their territory, allowing Ms. Packer to feed and take care of herself when she wasn’t on incubation duty.

For 25 days the pair incubated their nest in the foreground of Lambeau Field and in the end of June all four chicks hatched. Piping Plovers are precocial, meaning chicks are mobile as soon as they hatch. During June, Ms. Packer and Vince diligently supervised the chicks and led them to food, water, and cover, doing an excellent job as parents. Piping Plover females typically migrate before males and juveniles, and Ms. Packer was last seen on site in mid-July a couple of days after her own chicks were banded. She deserved to relinquish her parenting duties after a long breeding season, but unfortunately migration is full of obstacles for plovers as well.

As of the publication date, Vince continues to supervise the almost full-grown chicks, ensuring that they will be ready to migrate soon as well. We hope that Ms. Packer and Vince continue their success into the future, continuing to build another tradition of excellence in Green Bay, Wisconsin!

You can help protect these endangered Great Lakes Piping Plovers as they raise their families and start to migrate! If you love spending time on the beach or the water, join us and Share the Love, Share the Shore with our coastal birds by giving them the space they need to nest, rest, and feed. By pledging to Share the Shore and spread the message, you'll join a united effort of "good eggs" taking action for birds.