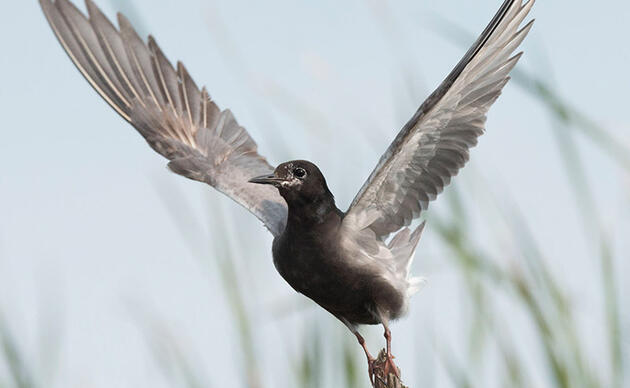 The legislation would dedicate $1.3 billion for state-level conservation and $97.5 million specifically to Tribal Nations annually for proactive, on-the-ground projects, creating more than 30,000 jobs and over $93 billion in total economic activity.

Rep. Debbie Dingell (D-MI), alongside Rep. Jeff Fortenberry (R-NE) and a broad group of bipartisan supporters, introduced the bill last year. In April, a version of the bill passed out of the Senate Environment and Public Works Committee in an overwhelmingly bipartisan vote.

Marnie Urso, Senior Policy Director for Audubon Great Lakes issued the following statement in response the bill’s advancement in Congress, and is available for public comment:

“When it comes to protecting wildlife, there is little time to spare. We have lost 3 billion birds since 1970 and two-thirds of North American bird species are at risk of extinction due to climate change. The Recovering America’s Wildlife Act is an opportunity to reverse course by protecting wildlife habitat that birds and other wildlife need before they become endangered.

Species like Michigan’s Black Tern are facing huge population losses in our region. To help them rebound, Audubon Great Lakes is waist-high in water, working with partners to remove invasive species and restore the vital wetlands that they rely on for nesting habitat across the state of Michigan. The Recovering America’s Wildlife Act will provide consistent, reliable funding to dramatically scale up conservation projects in Michigan, the Great Lakes and beyond.

Audubon Great Lakes thanks Rep. Dingell for her leadership in recognizing the importance of wildlife conservation funding to birds, and urges Congress to take this important legislation over the finish line.”

FOR MORE INFORMATION OR TO REQUEST AN INTERVIEW: Emily Osborne, emily.osborne@audubon.org, 414-841-5273