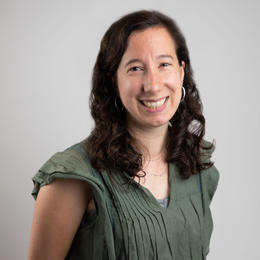 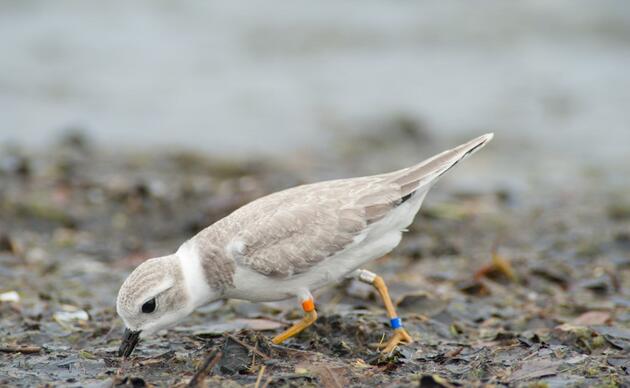 The Great Lakes population of piping plovers, an endangered shorebird that nests along the coastline of all five Great Lakes, had a 2022 breeding season for the record books. Piping plover recovery partners are celebrating many successes as the summer comes to a close, and are seeing their passion, dedication, and commitment over the last five months make a big difference for these little birds.

This year, 150 chicks fledged in the wild (from 72 unique breeding pairs) – the greatest number of chicks fledged since the population was listed as federally endangered in 1986! For a chick to be considered fledged, it must live until at least 23 days old and be capable of flight. That’s over three weeks that plover chicks are running around busy beaches and incapable of flight, making them vulnerable to predation, dogs off leash, and human disturbance. Monitors and volunteers at nesting sites spend hours each day checking on the birds, educating beachgoers, and protecting plovers from dogs, predators, and other threats.

Site monitoring is just one of several protection efforts coordinated by the Great Lakes Piping Plover Recovery Team, which includes individuals from University of Minnesota, U.S. Fish and Wildlife Service, National Park Service, U.S. Forest Service, state DNRs, Birds Canada, Great Lakes Tribes, Detroit Zoo, Audubon Society, and several other organizations and agencies. Through partnerships across these entities, recovery efforts include nest protection via enclosures and fencing, site monitoring, education and outreach, captive rearing, and annual banding. Together, these recovery efforts have contributed to largely positive population growth from less than 15 pairs in the 1980s to the 72 pairs this summer.

Of those 72 pairs, 48 were located in Michigan, which is the stronghold for this population. Given the importance of Michigan nesting sites, Audubon Great Lakes launched an engagement and outreach pilot program this summer aimed at educating Michigan beachgoers about the importance of sharing the shore with our beloved plovers. Volunteers staffed outreach tables at Sleeping Bear Dunes National Lakeshore, in conjunction with the National Park Service, as well as Leland Harbor in northern Michigan. The public was encouraged to take the Plover Pledge, which entailed a promise to keep dogs off nesting beaches, carry out trash, give plovers space to nest and rest, and spread the word about sharing the shore. The program was a success, gathering nearly 500 pledges of people joining a united effort of "good eggs" taking action for birds . If you’d like to pledge your support of piping plovers, take the pledge and wear your pride with some awesome Audubon Share the Shore gear or Great Lakes Piping Plover official merch!

In Michigan, Sleeping Bear Dunes consistently has the largest concentration of nesting piping plovers in the Great Lakes, giving park staff quite the job to do each summer. But with expert plover monitors at the ready (with a combined staff experience of 54 seasons!), the plovers are well-protected at this location. The nesting habitat available at the park is extensive – covering 35 miles of shoreline – and 2 offshore islands (North and South Manitou), where plovers are known to nest as well. This year, Sleeping Bear had 31 total plover nests and produced 66 total fledglings, which is nearly half of the total number of fledglings produced across the region.

“A continued increase in nests and pairs in the southern part of the park resulted in an increase in plover-park visitor interactions at these highly visited locations. Wildlife staff, law enforcement rangers, and park partners worked diligently to educate park visitors and protect the nesting piping plovers in these locations and our mainland plover nests had some of the highest fledge rates we have ever seen in the park,” said Vince Cavalieri, Wildlife Biologist, Sleeping Bear Dunes National Lakeshore. “Sleeping Bear Dunes continues to be a critical nesting area for this highly endangered species and Sleeping Bear Dunes National Lakeshore staff and our great partner organizations, University of Minnesota, US Fish and Wildlife Service, Detroit Zoo, Audubon Great Lakes and others, will work to make sure the park remains an important engine of Great Lakes piping plover recovery for years to come.”

Six captive-reared plover fledglings were also released at Sleeping Bear this year, out of 10 total released into the wild. Zookeepers from across the country, coordinated by the Detroit Zoo, come to the University of Michigan Biological Station (located in Pellston, MI) every summer to help hatch and rear any plover eggs that need to be salvaged from the wild due to predation of nesting adults or nest washouts. Because the wild-breeding birds did so well this year, not many nests needed to be taken in for captive-rearing. However, those 10 individuals are still critical contributions to a still-small population, and in fact, one of this year’s captive-reared birds was the first juvenile plover sighted on the wintering grounds in North Carolina!

Of course, an update on the Great Lakes piping plovers would not be complete without a nod to Monty and Rose, the famous plover pair from Montrose Beach in Chicago, IL. Although Monty returned to the site in April, he unfortunately passed away after acting oddly and having trouble breathing. Later, it was determined he died of a severe fungal respiratory infection (not avian influenza); Rose never returned this year. However, his legacy lives on through many offspring, including “Imani”, one of his male chicks from 2021 who returned to Montrose this year and spent most of the summer enjoying the Chicago shoreline. A female never joined him there, but Chicagoans are hopeful that he will return again next year and successfully attract a mate so that Monty and Rose’s legacy can continue to live on in the windy city!

Elsewhere in the Great Lakes region, the population experienced more successes. In New York, three nests fledged for the first time since listing; in Pennsylvania, they celebrated the sixth consecutive year of plover nesting, including two nests fledging for the first time since listing. At Long Island of the Apostle Island chain in Wisconsin, there was a record-breaking six nests, which produced a total of 22 fledglings! At Cat Island in Green Bay, WI, they successfully fledged 11 wild chicks out of 12 chicks that hatched, which is an impressive 92% fledge rate.

If you are wondering how we know exactly which birds are nesting where, and how we can uniquely identify which chicks fledge each year, it is through annual banding efforts. The banding crew, led by Dr. Francesca Cuthbert and Stephanie Schubel of the University of Minnesota, tirelessly work to band every adult and chick in the population every summer so that we can learn about the survival, reproductive success, longevity, and migration patterns of this population. This year, the banding crew banded 186 wild chicks and 37 adults across the region – not an easy feat when birds are nesting as far west as the Apostle Islands and as far east as New York and Pennsylvania. Thanks to these efforts, we have a rich dataset that began in the early 1990s and will continue for years to come!

After a spectacular 2022 season, the plover recovery partners are looking forward to the hopeful return of even more breeding adults next year. Despite the steady increase in pairs since listing, the population is only about halfway to the recovery goal of 150 breeding pairs. With the largest fledgling cohort ever and the continued dedication of hundreds of recovery partners and volunteers, the future is looking even brighter for Great Lakes Piping Plovers. We are hopeful for a restful winter and successful spring migration for these birds, and cannot wait to welcome them back to our Great Lakes beaches next spring!