Some of Indiana's  legislators stood up for Indiana's birds and wetlands – while others put them at-risk. Find out how your legislators voted and tell them what you think! 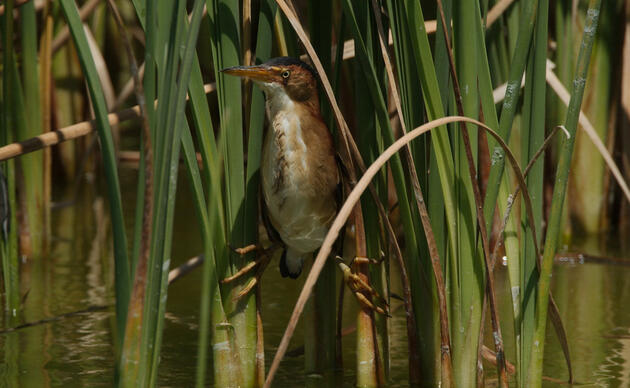 “Over the past few weeks, concerned Indiana residents have repeatedly spoken out against the passage of Senate Bill 389, which threatens protections for many of Indiana’s crucial wetlands while putting our communities and wildlife at risk.

The House Environmental Affairs Committee passed a bill that struck a balance between the interests of stakeholders, but amendments added on the House floor, and subsequently passed by the House and the Senate, blew that balance out of the water for the sake of one special interest group. This is not the way to reach sound public policy. We call on Governor Eric Holcomb to send a clear message and veto this bill.

Indiana ranks fourth among the states with the greatest loss of wetlands with 85 percent of its original wetlands already gone. If this legislation becomes law, over 400,000 more acres will be at risk – acres that include critical wetland habitat for birds and wildlife like the Black Tern, Marsh Wren, Least Bittern, and Pied-billed Grebe.

As we lose wetlands, we also lose the benefits they provide to our communities including protection from flooding and drought, keeping the water in our inland lakes and streams clean, and supporting the state’s outdoor recreation economy.