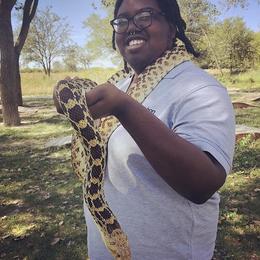 Last February, while birding I was delighted to see a Bald Eagle soar high in the sky at Big Marsh  a recently restored park on the South East Side of Chicago. A regular at Big Marsh, I had grown used to watching Herons and song birds like Cardinals and Black Capped Chickadees (I love them all). I was surprised that the iconic Bald Eagle, often pictured soaring over open country, would live so close to my home.

As it turns out, winter is a great season to view Bald Eagles in Chicago and across the Great Lakes region. Here are few simple tips to spot these birds during the coldest months:

During the winter, Bald Eagles come to the Great Lakes to nest and raise their young. The best spot to catch a glimpse of these majestic birds is by visiting wooded spaces near large bodies of water, which they rely on for finding fish or grifting meals from other animals. Bald Eagles flock to snowy woodlands to find massive empty nests made by lifelong mating pairs. These birds are crafty creatures, what they lack in table manners they make up for in their highly visible architecture. Look up and you may be lucky enough to spot carefully built masses of sticks high in the treetops.

The Bald Eagle is our national symbol and one of the most recognizable birds, which makes it a great find for new birders. At any stage of the eagles’ life, Bald Eagles are enjoyable to view. Fuzzy gray eaglets and all brown juveniles may seem awkward in appearance, but they will soon become handsome, confident birds. Mature adults are characterized by their dark brown bodies and bright white heads and tails. Against an overcast sky, seeing them soar high with their large wide wings is breath taking. When perched, their silhouettes are reminiscent of images on the back of dollar bills and movies. Their golden eyes, beak, and feet are remarkable to see.

This February, I hope to see Bald Eagles preparing for their little ones at Big Marsh, or my other favorite nature spaces across the Great Lakes. Live streams of Eagle nests from the American Eagle Foundation, Eagle enthusiasts, and wildlife organizations are another way to watch a new generation of Bald Eagles come into the world.

Decades ago, it was not easy to spot this majestic bird.  The Bald Eagle was on the brink of extinction and its population plummeted to an all-time low in large part due to the effects of the pesticide DDT. The Bald Eagle became one of the first species protected by the Endangered Species Act (ESA) in 1973 and has made a dramatic comeback.

Thanks to environmental laws and conservation efforts continue, we can all look forward to watching the shaggy, fierce eyed Eagles during the winter months for years to come.