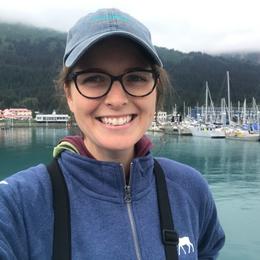 If you’re a bird enthusiast and live near a waterbody that doesn’t completely freeze over the winter, you know it’s true: winter is all about ducks. Rosemary Mosco’s comic about “Weird Winter Ducks” struck a chord with birders who are all too familiar with this seasonal phenomenon. The reason why the Great Lakes region is inundated with a great variety of ducks in the winter is because many of these fowl are on their “winter getaway.” Many ducks have summer ranges that extend into the far north, some reaching the arctic tundra. When these waters freeze over in the winter, arctic and boreal-breeding ducks migrate south and for some, the Great Lakes make a perfect paradise. Many waterfowl are content and can keep themselves well-fed on fish, plant matter and shellfish as long as they can find open water. When waterbodies freeze, ducks tend to concentrate in any open water they can find.

The reason why ducks are weird? That is probably more of a personal take, but it may just be that this wintertime obsession with ducks just allows us the opportunity to appreciate some of ducks’ odder characteristics. Below are a small selection of my favorite ducks that you can see this winter and their special quirks (and quacks).

The Common Goldeneye, as its name suggests, is an incredibly common species as well as a regular sighting in the Great Lakes during winter. They can easily be found along open waters of the Great Lakes as well as inland waterways, often in large numbers sometimes numbering in the hundreds or even thousands. Although they are a common sight, I never tire of their mating display, which can be observed in winter even though it is outside their normal breeding season. The male will throw his head back and lets out a nasal “MEEP!” You must hear it to believe it!

The Surf Scoter is infrequently observed in the Great Lakes, but when it does show up, it can turn heads!  Both male and female have a stocky, sloping beak that give them an unusual appearance. The male’s beak is bright orange, contrasting starkly with its black plumage. You might even call it the “toucan of the sea,” if that moniker hadn’t obviously already been awarded to the Atlantic Puffin. Most scoters prefer the open ocean but make appearances inland during winter and migration. Surf Scoters love the “surf”, meaning they tend to dive deep for prey while swimming atop cresting waves. If you know how wild and wavy the Great Lakes can get on a windy day, you will see why Surf Scoters might find winter respite here.

No matter the season, the Northern Pintail gives off an air of elegance. With an elongated neck, a matching long and tapered tail, and the male’s striking pattern reminiscent of a three-piece suit, the Northern Pintail looks a bit like they are decked out for a fancy duck party. And if I were hosting such an event they would definitely be invited. Since Northern Pintails are dabbling ducks, meaning they forage on vegetation and insects on the surface of shallow water, they can frequently be found in inland wetlands, lakes, and flooded fields during the winter.

The Ruddy Duck is another sharp dresser that knows how to stand out from the crowd with both its beak and its tail. The male and female both frequently hold their tail stiffly upright, giving them an immediately recognizable profile. But if you didn’t already love them for their punky tails, you’ll love them for the male’s bright aqua-blue beak. The blue color isn’t as pronounced during the winter season, but if you’re lucky, you’ll get a sneak peak while these birds travel north in the early spring. These ducks can be found both inland and offshore during the winter months as long as the water is deep enough for them to dive for their prey.

To learn more about weird ducks in the Great Lakes region, check out Audubon's field guide and subscsribe to our newsletter.