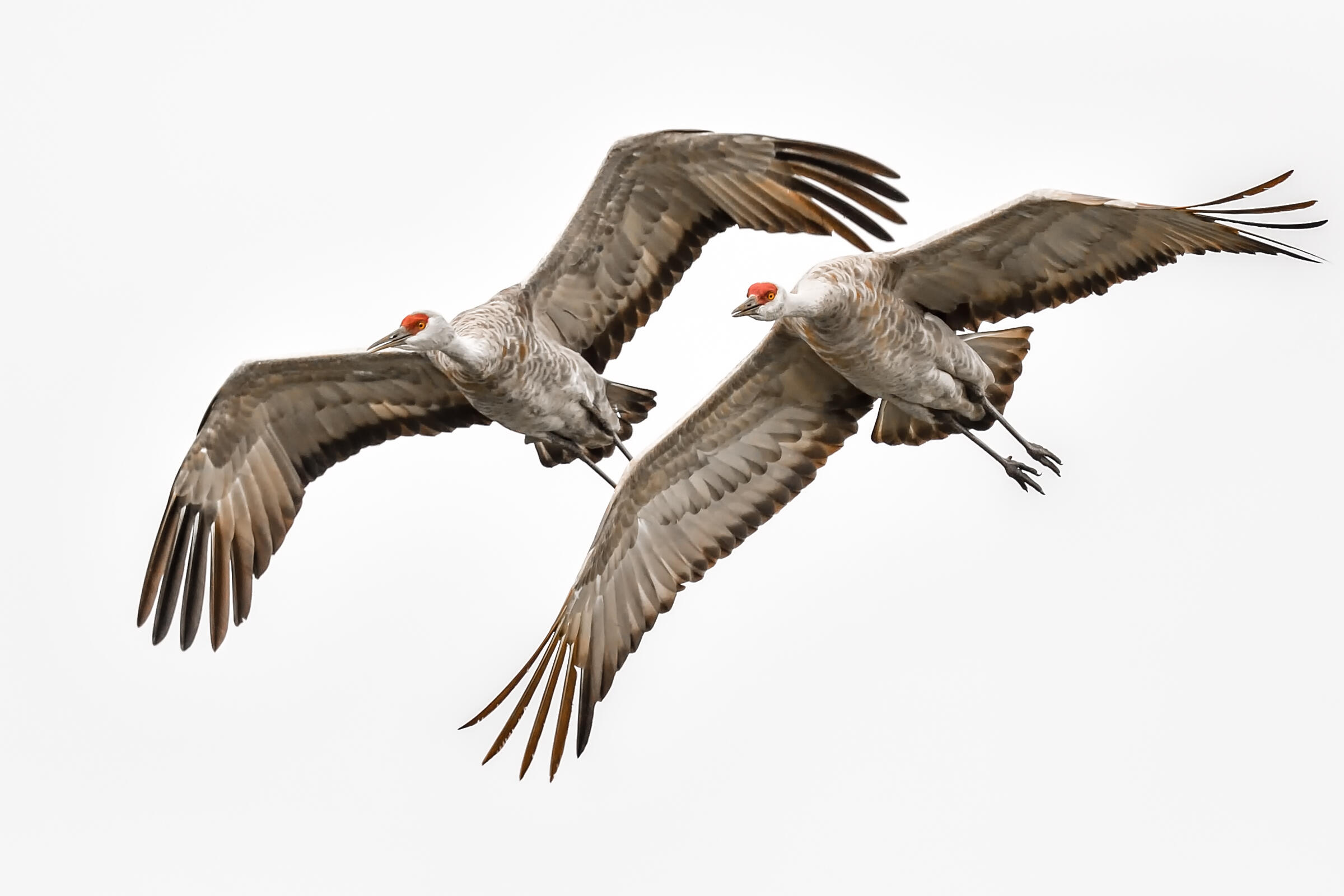 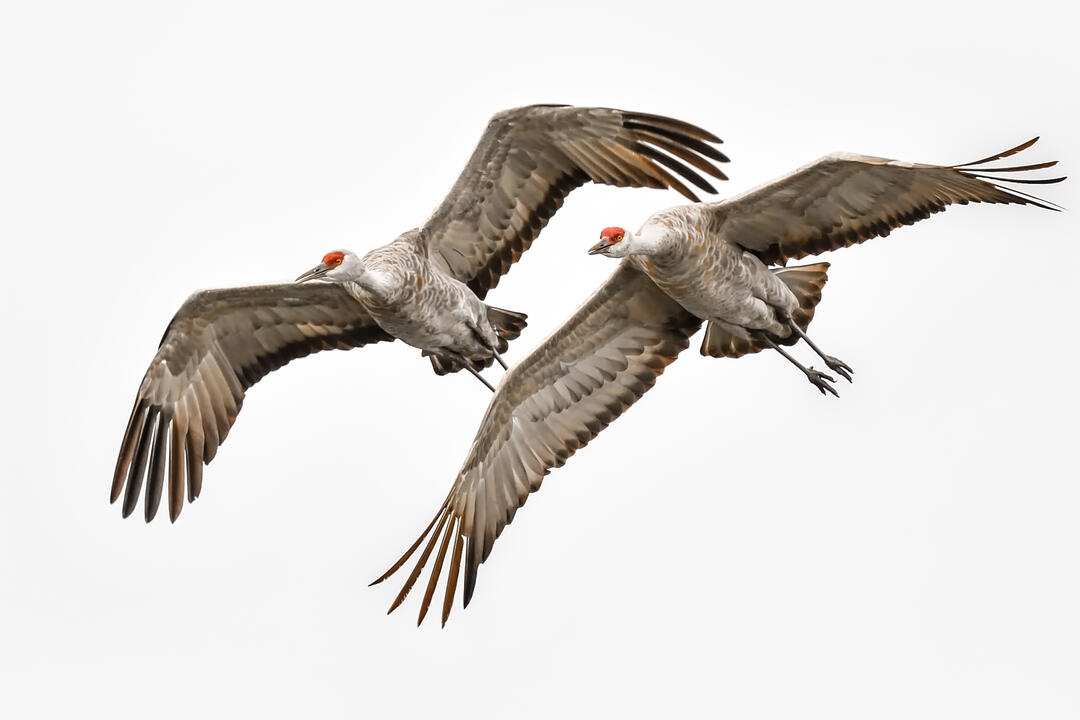 GARY, IN. (November 25, 2020) – As thousands of Sandhill Cranes begin to arrive in Northwest Indiana, just south of Chicago, Audubon Great Lakes is celebrating the conservation success of the once over-hunted species, while spotlighting their vulnerability to warming temperatures.

“It’s an amazing experience to hear the loud, trilled calls of a flock of Sandhill Cranes gather in Northwest Indiana,” said Stephanie Beilke, conservation science manager at Audubon Great Lakes, a regional office of National Audubon Society. “We’ve made important conservation strides to protect Sandhill Cranes but we’re not finished. Reducing carbon emissions to halt warming temperatures will help ensure the survival of one of the oldest living bird species on our planet.”

This year more than 20,000 Sandhill Cranes will descend on Jasper-Pulaski Fish and Wildlife Area, in Medaryville, Indiana, a key stopover site for eastern populations during their fall migration.

Efforts to conserve wetland areas has helped greatly expand their numbers, after overhunting caused Midwest sub-species to plummet to just two dozen nesting pairs in the mid-twentieth century. But while most Sandhill Crane populations are stable or increasing, the species dependence on key stopover sites makes them particularly vulnerable to loss of habitat by climate change.

A recent climate report by National Audubon Society finds that if global temperatures rise by 3 degrees most Sandhill Cranes will be pushed north and out of the conterminous 48 states during the breeding season to find favorable homes. Climate change is also responsible for some Sandhill Cranes overwintering at Jasper-Pulaski instead of moving further south, as warming temperatures have prevented or slowed down the freezing of critical bodies of water.

Sandhill Cranes are believed to have existed for more than 2.5 million years in their present form. Known for their great height, Sandhill Cranes stand at 4-5 feet tall and feed on a variety of plants and small animals and invertebrates.

Nearly the entire eastern population of the Sandhill Crane depend on the marsh wetlands of Jasper-Pulaski during their southbound journeys, which has led to the designation of the site as a Globally Important Bird Area (IBA) by National Audubon Society. The iconic species can be seen at Jasper-Pulaski from mid-October through mid-December.