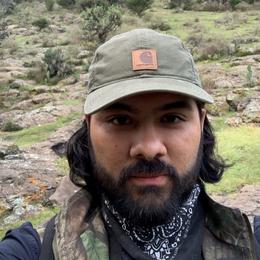 The early morning sounds of frogs croaking, crickets chirping, and birdsong greet Audubon Great Lakes’ marsh bird monitors as they make their way through the cattails and sedges of Indiana and Illinois in search of vulnerable marsh bird species.

Marsh bird monitors begin searching for these elusive birds before sunrise. For our dedicated monitors, waking up at 4 a.m. is well worth the opportunity to share in the company of hard-to-spot species, while contributing to the protection and restoration of our region’s most important wetlands.

Audubon Great Lakes’ Calumet Marsh Bird Monitoring Program began in 2015 in the Calumet region of Northeastern Illinois, in close partnership with local stakeholders and land managers. The program, which runs each year from May – June, now takes place at more than three dozen wetland sites throughout Illinois and Indiana, including the addition of three new sites this year. Wetland sites were selected in part because land managers were interested in being able to measure bird response to restoration actions and to see how their sites might compare to neighboring wetlands.

Monitors are on the lookout for 18 focal bird species that require marsh wetlands for foraging and nesting and whose presence serves as a sign of healthy hemi-marsh habitat, which requires an even mix of open water and emergent vegetation such as various sedges, rushes and marsh grasses. The list of focal bird species includes the Black Tern, Marsh Wren, Pied-billed Grebe and Black-crowned Night-Heron. A full list of species is available online.

Unfortunately, many marsh birds have suffered population declines due to the loss of healthy wetlands throughout the Great Lakes region. By restoring wetlands in our region, we hope to bring bird populations back. Restored wetlands also benefit us in other ways since they absorb pollutants and act as a flood barrier to help buffer communities from a changing climate. Marsh bird monitors collect valuable data that are crucial to advancing our wetland conservation efforts in Illinois and Indiana.

In 2021, we launched the Marsh Bird Monitoring Hub to provide land managers and conservationists in Indiana and Illinois with the tools to access these data. Our hope is that marsh bird monitoring data will help inform their future restoration work, to better protect the region’s marsh birds and other fauna.

Results from the 2021 Bird Monitoring

We’re excited to present some of last year’s findings.

2021 delivered unique challenges, including a historic drought in the Calumet region, which resulted in lower than normal water levels at many of our monitoring sites.

Since each site is visited three times, observations reflect the total number of times a marsh bird was detected over the course of those three visits, rather than the number of individual marsh birds.

The species with the highest number of observations in both states was the Marsh Wren, which made up approximately a quarter of all combined observations. Since Marsh Wrens are relatively small and have small territories, we tend to find many on our surveys. They also occur at almost all of our sites because they tend to be less selective about habitat quality or size than other bird species.

Our monitors spotted some rare birds! A Black Tern in Indiana was a welcomed sighting as this endangered marsh bird no longer breeds in the state, though it’s likely this sighting may have just been stopping by on its migration since it was only observed once. There were observations of King Rail at two separate sites in Illinois. This species is not only rare but also difficult to detect, as they prefer to remain hidden within dense vegetation.

Our monitors and partners are critical to protecting and restore our region’s wetlands. To view some of the results of this collaborative work, visit the Marsh Bird Monitoring Hub.

We also encourage you to visit a wetland near you to experience the beauty that motivates and inspires our marsh bird monitors.