This summer, the US EPA is hosting meetings to hear from you about the next Great Lakes Restoration Initiative Action Plan. Help us make sure that birds and the places they need are a priority. 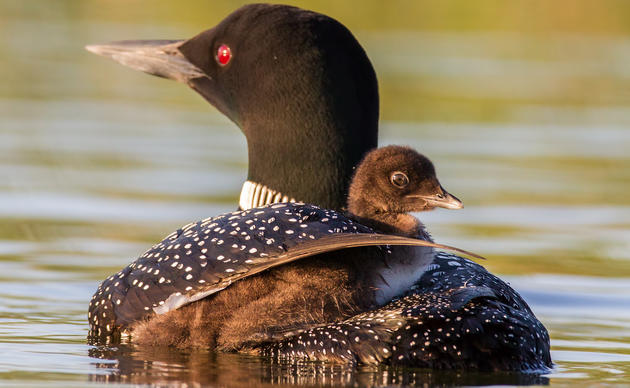 (Milwaukee, July 18, 2018)—This evening, representatives from Audubon joined local community leaders at a public meeting hosted by the US EPA to discuss the development of the next Great Lakes Restoration Initiative Action Plan, Action Plan 3. Audubon urged the US EPA and its federal partners to prioritize the restoration of wetlands that attracts and sustains breeding marsh bird populations.

“When wetlands lose entire species of birds we know that the ecosystem is seriously out of balance,” said Rebeccah Sanders, Vice President for the Great Lakes and Upper Mississippi Flyway at the National Audubon Society. “Birds that nest in the wetlands of our Great Lakes are disappearing at alarming rates. We know that what is good for birds is good for entire ecosystems. So when you restore wetland habitat, bird populations rebound and you improve water quality, alleviate flooding, and support a myriad of other wildlife species. Prioritizing wetlands restoration that is informed by bird-monitoring data is a sound investment that pays off for the Great Lakes.”

The U.S. EPA is in the process of developing a plan for how it implement the Great Lakes Restoration Initiative (GLRI). Over the last nine years, Congress has invested more than $2.9 billion in more than 4,000 projects as part of the GLRI. Since the program’s inception in 2010, until 2016, the GLRI has allocated more than $331 million for 416 projects in Wisconsin. Marsh restoration efforts, funded by GLRI in the Lower Green Bay, an Area of Concern, is addressing fish and wildlife beneficial use impairments while also establishing native beds of wild rice, a culturally important food source for Native Americans and an emergent plant that helps trap nutrients and absorb water.

“Birds tell us that we should be focusing our efforts on restoring our wetlands,” added Sanders. “Conservation that prioritizes restoring marsh bird habitat, addresses all of the GLRI focus areas.”

Tonight’s meeting in Milwaukee was one in a series of events scheduled throughout the Great Lakes states. The EPA will be taking public input on how to shape the next plan, known as Great Lakes Action Plan 3, which will guide restoration efforts from 2020-2024. The EPA is expected to release a draft plan in mid-October or November.